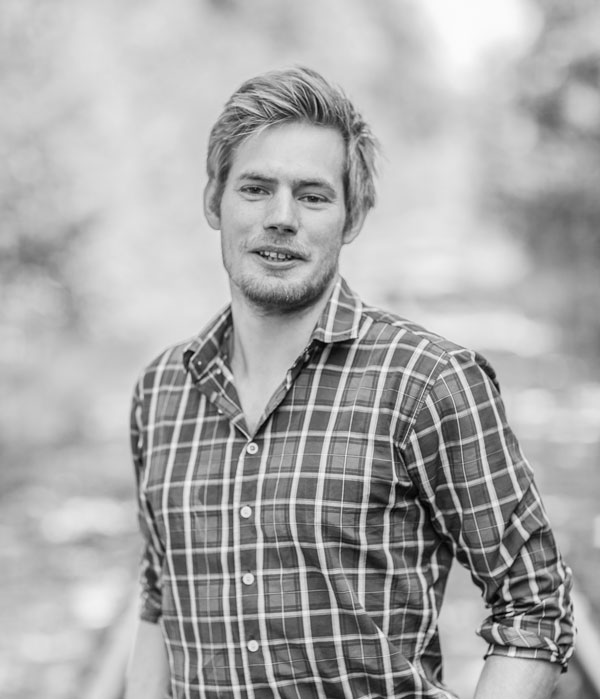 I love to create things and help them grow. Interaction with (all sorts of) people gives me energy and feeds my curiosity greatly.

My passion is the future and how we can make it as great as possible.

On that note, I recommend you to read "Utopia for realists" by Rutger Bretman (who was only 27 when he published this amazing and now critically aclaimed book).

My life is full of curiosity and new roads. So far I have enjoyed a lot of luck and fun in life. It has made me grateful. And I try to be humble. Try! Life is a journey. And who you travel with is more important than the destination.

My heritage - born and raised in the south of Denmark

I was born in Aabenraa and also lived a big part of my life in Tønder, a place where the land is as flat as a pancake. Both are cities in Southern Denmark, both cities had a great impact on me. I have always had my mind in the sky so it has been a privilege to be born in the most down to earth place you could ever find. Values like honesty, humility and equality are not taught, it is not nescesary, they are so rooted in the culture you can feel them.

I owe a lot to the wonderful people of this area. It is my sanctuary where I can always return to be reminded about who I am.

I live and work in Odense - the most central town of Denmark. Active projects:

Morningscore: 2017 - current Ambitious SEO tool, that can show the value of any websites SEO in dollars and how to improve it. morningscore.io

Morningtrain: 2010 - current The webbureau on Fyn I co-founded. Grown to a sharp bunch of nearly 50 people in 2021.  morningtrain.dk

Bang & Madsen: 2018 - current Real estate investment company that I co-founded with my brother, a friend and the smart investor Morten Bang.

Technology Denmark 2015 - 2021 An ambitious group of people want to attract and grow the best IT-minds in Denmark. I am humbled to have been Vice Chairman of the board. Technologydenmark.dk

Det Frie Kompagni 2014 - 2017 A sports club fighting with medieval armor and weapons - the sport is called Buhurt. I was the treasurer.

Madsen Mining 2013 - 2014  Bitcoin mining and investment company. At that time we probably had the biggest mining operation in Denmark in our basement.

Tønder IT 2009 - 2010 The first company I co-founded while in high school. Simple IT consulting stuff in our little town.